Are you being charged in a criminal case?

If you or a loved one has been charged, accused or arrested for a criminal offense and may be facing criminal charges, you need a good criminal defense lawyer in Elizabethtown, Radcliff, Ft. Knox, Fort Knox, Kentucky and all around Central Kentucky. You should contact our law offices immediately to protect your constitutional rights. Our criminal defense lawyers are experienced at handling your criminal charges. At the law offices of Thompson & Shreve, we are here to help. 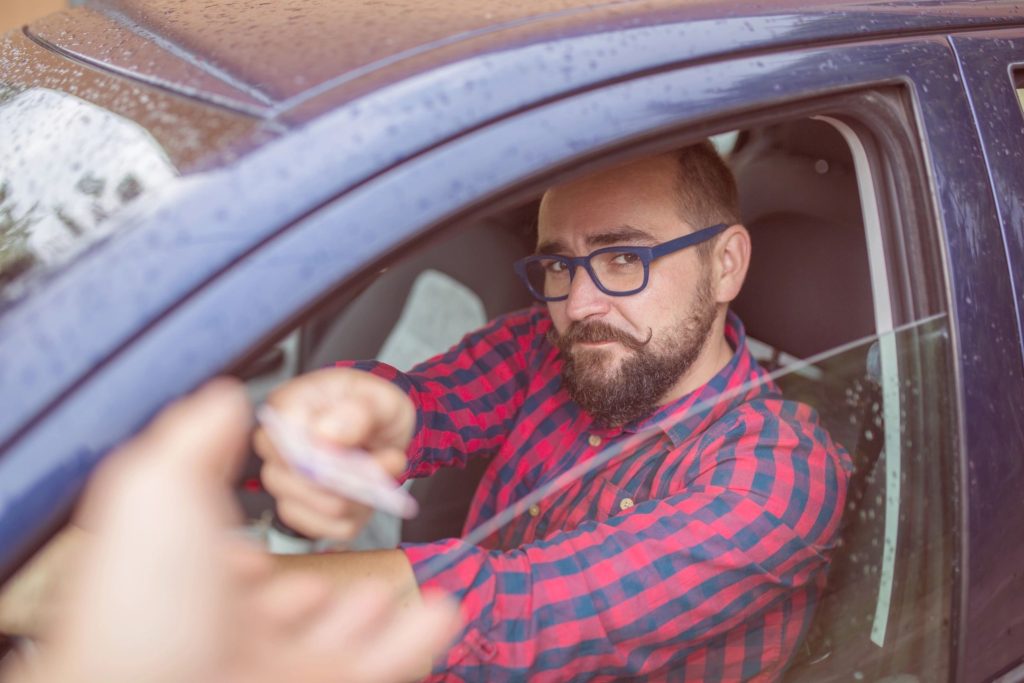 Why shouldn’t I just pay the fine?
In Kentucky, just paying the fine means you are pleading guilty to the charges on the traffic ticket without any reduction. The conviction will be on your record. Insurance companies regularly check their customers driving records and can increase insurance premiums if they find a traffic ticket. Additionally, in Kentucky most traffic violations result in points against your driver’s license. Accumulating points can result in suspension of your license. Traffic law violations can show up on background checks done by prospective employers. In most cases we can have your charges amended to lesser charges.

Is there help for Commercial Drivers?
Absolutely! We know how important a clear license is for those that drive professionally. Nowadays, even traffic tickets received when operating a private vehicle count against your CDL and are listed on your complete abstract. We will do everything we can to prevent that traffic ticket from getting on your record.

Why do I pay the fine if my lawyer is going to fight my ticket?

When we appear on your behalf we will bargain with the prosecutor. We seek a dismissal or amendment of the primary charge and dismissal of lesser charges. As a result the fine owed to the court is significantly lower. In many cases, the amount saved will be more than the attorney fees paid.

Does my case go to trial?
In most situations, your attorney will dispose of your ticket without a trial. The date you are ordered to appear on your ticket is called the arraignment date and the purpose of the arraignment is to enter a plea of guilty or not guilty. We often are able to negotiate a second appearance to further negotiate with the prosecutor. We will set the case for trial only if it is in your best interest and after discussing the matter with you.

Certain crimes are "wobblers," which means that the prosecutor may charge the crime as either a misdemeanor (carrying less than a year's jail time as punishment) or a felony (carrying a year or more).

Behaviors punishable only by fine are usually not considered crimes at all, but infractions — for example, traffic tickets.

The presumption of innocence, coupled with the fact that the prosecutor must prove the defendant's guilt beyond a reasonable doubt, makes it difficult for the government to put innocent people behind bars.

If I'm accused of a crime, am I guaranteed a trial by a jury?
The U.S. Constitution gives a person accused of a crime the right to be tried by a jury. However, this right does not extend to petty offenses — defined as offenses that do not carry a sentence of more than six months.

This right to a trial by jury has commonly been interpreted to mean a 12-person jury that must arrive at a unanimous decision to convict or acquit. However, a jury can constitutionally consist of as few as six persons. In most states, a lack of unanimity is called a "hung jury" and the defendant will go free unless the prosecutor decides to retry the case.

How can I tell from reading a criminal statute whether I'm guilty of the crime it defines?
All criminal statutes define crimes in terms of required acts and a required state of mind, usually described as the actor's "intent." These requirements are known as the "elements" of the offense.

A prosecutor must convince a judge or jury that all of the elements of the crime are there: that the defendant did the acts and had the intent described in the statute. Break the crime down into its required elements to see if each applies in your situation.

The law offices of Thompson & Shreve are ready to help you, but first we need to ask you a few questions about your legal needs. Begin your Free Legal Evaluation.